As of Sunday morning, the Jack Fire is burning almost 11,000 acres and remains 10% contained. 781  crew members are tackling the fire, scouting out and digging containment lines around it.  Smoke from the fire has caused an air quality alert to be put into place in Central Douglas County.

The Bootleg Fire east of Klamath Falls is burning over 143,000 acres. 926 personnel are on the fire lines. Some evacuations are in place.

Temperatures will near 90 degrees with gusts up to 12 mph. Bernie Pineda is the communications officer for the Jack Fire.

“Traditionally with what I’m seeing as far as the weather goes, I think we’re going to be able to work through this without a lot of ‘looking over the shoulder’ concerns.”

Fire crews have worked to keep the Jack Fire out of a campground in Horseshoe Bend. All Forest Service campgrounds, the community of Dry Creek, and homes along Illahee Road are at evacuation level three, or “GO”.

In addition to crew members, 43 engines and three bulldozers are committed to the response.

Pineda says efforts are being supported by air, too.

“We have currently four heavy much larger aircraft, helicopters, primarily for bucket work, and the retardant if it warrants it, and one light helicopter as well.”

Nearly 200 structures in the area are threatened. Crews may carry out controlled burns to limit the fuels around them should the Jack Fire expand their way. 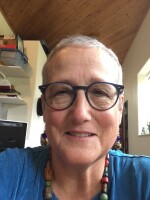