An epidemic that started in 2013 has decimated 95% of sunflower sea stars. Among the largest sea stars in the world, the species’ influence on the ocean ecosystem has dwindled due to sea star wasting disease.

Steven Rumrill is the Shellfish Program Leader for the Oregon Department of Fish and Wildlife. Alongside 26 other authors, Rumrill has put together a “roadmap to recovery” for the sunflower starfish population.

“Quite a bit of research, trying to sort that out," he said. "Some evidence (points) to a particular type of virus known as a densovirus that is passed from one individual to another. And other evidence (points) to the disruption of the microbial communities right at the skin water interface.”

The federal government is expected to rule on whether or not to list sunflower sea stars on the Endangered Species Act next year. 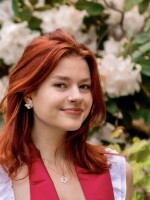