Climate Master John Fischer here with KLCC’s Living Less Unsustainably. Your car is likely the most obvious greenhouse gas producer in your life, but the driveway it sits on is a big producer too.

Concrete production accounts for 8% of global climate altering gas emissions. And with infrastructure work coming soon to a bridge near you, those emissions are likely to go up. Portland cement, a prime ingredient of concrete, is named for its resemblance to a limestone found on the English Isle of Portland. And producing it releases a lot of CO2. Heating limestone releases CO2, and producing the heat in cement kilns releases CO2- about 400 pounds for each yard of concrete.

Pouring a new driveway releases as much carbon dioxide as driving to New York and back - three times. If you have cracks or lumps in a patio or driveway, consider repair or grinding instead of replacement. Next time you stroll down the sidewalk, look for the spots where the city has ground down an abrupt edge. It's a simple fix for a tripping hazard - repair always beats replacement. The same thing can be done to at home. Cracks can be filled with patching material or tar.

New concrete technology, and carbon capture in kilns, can reduce CO2 emissions by 90%. There is even a new concrete on the market that makes concrete a net absorber of CO2. While not widely available yet, except for industrial scale projects, time, and legislated greenhouse gas goals could make construction better than zero emission. Until then repair and save what you have- less concrete is better. 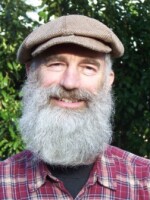