For 49 years, the Oregon Bach Festival has been a staple of summers in Eugene, bringing performances from internationally renowned musicians. On July 5th, the festival will bring something new to the Hult Center.

In the middle of a dance studio on a Sunday afternoon, a single dancer stands with a crutch. She tries several times to get it to stand on its own. As she finds the balance point, the music starts and she begins dancing as though the crutch were her partner. Throughout the larger performance, dancers use cubes, crutches, and wheelchairs to create innovative lines and connections that enhance the music underlying the dance.

“Janelle, who is the director of the Bach Festival, approached me to see if we would be interested in doing a collaboration between the Bach Festival, Danceability International, and the University of Oregon dance and music department,” says Alessi. “And she told us she would like us to choreograph a full length evening to be presented at the Hult Center on July 5th. And it was sort of like a dream come true.”

Danceability International will take center stage for the performance, showcasing a diverse cast of dancers who are often traditionally excluded from professional companies.  They work locally with organizations like the Arc and Lane County's Adaptive Recreation department, while offering classes, workshops, and teacher certifications in Eugene and around the world. Their global reach includes over 600 teachers in 45 countries, all helping to build an inclusive dance community.

“I work in this sort of, what people consider to be a radical field, of dancing on a professional level with people of difference, people with unique mental characteristics, or physical disabilities, and different kinds of bodies,” says Alessi. “We're able to work with any population of people, in any combination of people, because we believe that someone's unique mental characteristics, or physical difference isn't a problem. The problems arise when we're socially separated and isolated from each other.”

In addition to Danceability International, Janelle McCoy, executive director of the Bach Festival, brought together a number of artistic organizations to help realize the Festival's project.

Together, these musicians and dancers will bring to life a range of music from Bach, creating a collage that will offer a new take on Bach's traditional catalog.

“It's all Bach, and what we did is we wanted to create what I will call a Bach ‘pastiche,’ and that means to look at his entire catalog and choose particular movements, from many pieces, to build this story that can be told through the lens of dance,” says McCoy.

Bach in Motion will premiere on Friday July 5 at 7:30pm in the Hult Center's Silva Concert Hall. The Oregon Bach Festival runs from June 28 to July 13. 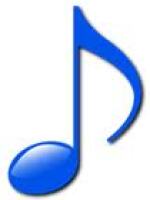