“To me the most fun aspect of the ski business is growing people.”

Growing up in the Midwest, Ryan Hartl, General Manager of Willamette Pass Ski Resort, caught the skiing bug on mountains that many Oregonians would refer to as “glorified hills.”

Yet, those early experiences for Ryan really illustrated that smaller ski areas are often underappreciated and do so much to introduce the great sport of skiing to so many people.

“In many ways, a small area like where I learned to ski is such a gem and I’ve always appreciated what smaller resorts do to build the sport of skiing,” he said.

As the GM and a leader within Mountain Capital Partners, which acquired Willamette Pass in the fall of 2022, Hartl and his team bring a deep appreciation and reverence for skiing, along with a healthy respect for the outdoor lifestyle of Oregon.

“I couldn't be happier to have the opportunity to serve both the Willamette Pass staff and the larger community of skiers while we work hard to provide even new ways for Oregon to have the freedom to ski,” said Hartl.

As the local leader of Willamette Pass, Hartl is committed to making the resort a premiere ski destination in Oregon, and is also interested in exploring year-round operations to both add to the enjoyment of visitors, and also to expand opportunities for staff. 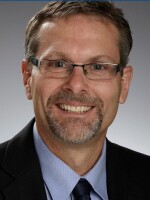